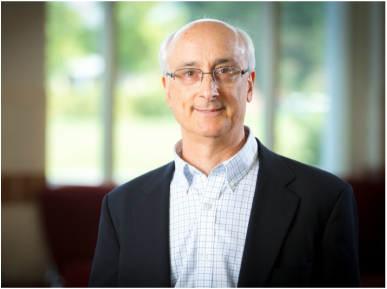 David Rosenbaum, PhD, is a sought after forensic economist. He has more than 25 years of experience working with attorneys throughout the Midwest.

Offices in Professional Organizations:
Wrongful Death / Personal Injury Experience
I have consulted for more than two decades in multiple states, on cases involving personal injuries or wrongful deaths, in both state and federal court. My clients include both plaintiff and defense attorneys, and I have worked with more than 100 attorneys. Most plaintiff cases require researching and writing an economic loss report. Some cases progress to deposition and/or testimony. Defense work typically consists of critiquing the plaintiff expert's economic loss report, and preparing questions for deposition or cross examination.
Selected Antitrust Experience

A Nebraska company was charged with monopolization and tying sales in a particular market. I was able to show that the defendant’s prices were always above marginal cost, that there was no market power, and that there was no tying between products. I also reasonably questioned the extent of damages claimed by the plaintiff.

A local company was accused of price fixing in the sale of a particular product throughout the Midwest. Defense counsel wanted to know if certain statistical techniques could be used to indicate whether bid rigging was present. After a review of techniques, I determined that those statistical techniques were not applicable in this type of case.

A group of businesses that collectively provided 100 percent of a service in the Lincoln area was contemplating signing an exclusive contract with a supplier. This contract would effectively exclude any other suppliers from the Lincoln area. The businesses wanted to know if this exclusive contract would constitute monopolization. After significant research I advised that the contract probably would not constitute monopolization based on two points. First, Lincoln was probably not a relevant geographic market. Second, special economic conditions in that particular industry made an exclusive contract the only economically reasonable way to acquire the supplies.

One set of cases involved two separate attorneys with almost identical cases. In each, the plaintiff argued that a larger competitor was engaging in certain practices that effectively constituted monopolization. Plaintiff counsel wanted to know if this position was economically supportable. I advised that it probably was not in that the product market reasonably could be portrayed as significantly larger than just the product provided by the plaintiff. Both cases were dropped.

​Plaintiff argued that a larger competitor was engaging in predatory pricing. Both firms acted as data clearinghouses. They took claim information submitted by physicians, reformatted it and sent it to a large health insurer. The alleged predator was the only clearinghouse to receive payments from the insurer. It used those payments to support a predatory pricing scheme. The scheme included charging physicians a price equal to zero for clearinghouse services. I wrote a fairly extensive economic analysis detailing why this behavior could be construed as predation. The analysis included an appraisal of the relevant antitrust market, a justification of predatory conduct and intent and economic support for recoupment.
Selected Regulatory Experience

For a number of years I was the special economic consultant to the Nebraska Public Service Commission. In this role I participated in a variety of telecommunications issues. They included evaluation of forward-looking cost models, development of rates for UNE loops, and design of allocation rules for Nebraska universal service fund distributions. I prepared briefing papers for the Commissioners, wrote orders, and testified a number of times on a variety of topics.

The Clean Air Act requires states to regulate manufacturing plant expansions that lead to significant deteriorations of air quality. Determining whether a significant deterioration will occur as a result of a plant expansion depends, in part, on estimating the increase in emissions that would occur as a result of the plant modification. Title 40 of the Act excludes emissions due to expected normal demand growth from the measurement of projected emission increases. I developed a methodology for the Department of Environmental Quality to estimate emissions increases related to normal demand growth.

Nebraska was designated the host state for a low-level radioactive waste disposal site serving a five-state compact. A contract was written between the five-state compact and the waste site developer. I was asked by a state senator to review the rate setting provisions of that contract. I presented my findings in report form and before the Natural Resources Committee of the State Legislature.

Nebraska created a new system for adjudicating natural gas rate increases. The Public Service Commission was empowered to hire a consulting team to represent affected communities in rate hearings and another team to advise the Commission’s staff. I have participated on the team advising the Commission staff in a number of rate applications. I have also worked with a natural gas utility to develop materials supporting a rate application.

A town in rural New York was evaluating its property tax rolls. A cement plant located in that town was closed at the time of the evaluation. The community contended that the plant was closed due to a temporary downturn in the market and hired me to determine whether the plant had an economic value. I wrote a report discussing economic value.

The Nebraska legislature created a temporary opportunity for banks to acquire “phantom” savings and loans and turn them into branch banks. Part of the acquisition process required application before the Nebraska Banking Commission and proof of need. I was hired in several of these cases to demonstrate need. I prepared reports and testified before the Commission in each case. All of the applications for which I testified were granted.

​Nebraska requires all applicants for new horse racing and simulcasting facilities to prepare analyses of the financial viability of a new facility, its impact on existing facilities and on the industry as a whole. I prepared such a report and testified on the findings before the Nebraska Racing Commission.
Selected Public Service Testimony